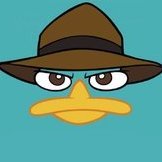 Where the hell did all the looter bots come from?