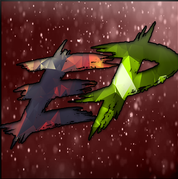 In your ipinion, Which woodcutting & Agility bots etc, do you get the most bang out of your buck?

By ExitPoint, March 31, 2018 in Community Discussion