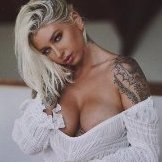 By EvoMike, February 21 in Botting & Bans