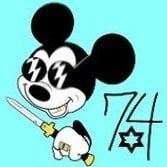 Is something wrong with the bot or just me?